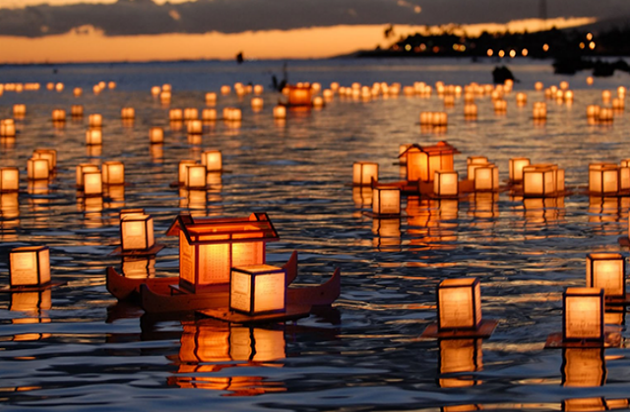 To celebrate Halloween (also known as All Saints’ Eve), the IngredientMatcher team has gathered for you the best halloween traditions from around the world.

We all know the American “trick or treat” tradition with little (and not so little) children dressing up to scare people off and collecting sweets. And of course the most common symbol for Halloween, the illuminated carved pumpkin face (a.k.a. Jack o’ lantern). What you might not know is that in China the Halloween festival is known as Teng Chieh when food is placed in front of photographs of family members who have passed away  while lanterns are lit in order to light the paths of the spirits as they travel the earth on Halloween night, or that the French do not traditionally celebrate Halloween – although it has now made its way into mentalities and … shops!

Do you know where the Jack o’ lantern originates from?

The folklore story says that Jack, a lazy yet shrewd blacksmith, was getting chased by some villagers, from whom he had stolen, when he met Satan, who claimed it was time for him to die. However, the thief stalled his death by tempting Satan with a chance to bedevil the church-going villagers chasing him. Jack told Satan to turn into a coin with which he would pay for the stolen goods (Satan could take on any shape he wanted); later, when the coin (Satan) disappeared, the Christian villagers would fight over who had stolen it. The Devil agreed to this plan. He turned himself into a silver coin and jumped into Jack’s wallet, only to find himself next to a cross Jack had also picked up in the village. Jack had closed the wallet tight, and the cross stripped the Devil of his powers; and so he was trapped.

Jack only lets Satan go when he agrees never to take his soul. After a while the thief died, as all living things do. Of course, his life had been too sinful for Jack to go to heaven; however, Satan had promised not to take his soul, and so he was barred from hell as well. Jack now had nowhere to go. He asked how he would see where to go, as he had no light, and Satan mockingly tossed him an ember from the flames of Hades, that would never burn out. Jack carved out one of his turnips (which were his favorite food), put the ember inside it, and began endlessly wandering the Earth for a resting place. He became known as “Jack of the Lantern”, or Jack-o’-lantern.

Click here to learn how to carve a pumpkin!

Let’s have a look at Halloween traditions from around the world:

From October 30th to November 8th it is the “Seleenwoche” week for catholics. People leave food, water and lamp in their night table to welcome the dead souls. In Tyrol cakes are left for them on the table, and the room is kept warm for their comfort.

In Canada people welcome trick-or-treators by placing pumpkins called jack-o’-lanterns in their windows. The festivities include parties, trick-or-treating and the decorating of homes with pumpkins and corn stalks.

In China the closest thing is called “Teng Chieh”, the Lantern Festival. Lanterns are formed like dragons and other animals which dance along the streets to protect people from bad spirits and to guide the good ones. The beloved dead are honored by placing food and water in front of their photos.

In some parts of Britain, Halloween in the past was known as Mischief Night. It was a night for mischief making. People would take the doors off their hinges on this night. Other early traditions were for children and poor to to beg for food. This was replaced with souling or Soul Caking. The idea was for children to go from door to door asking for money to give to the poor and a soul cake to have for themselves. Every cake they would receive, the children would say a prayer for the souls of the dead. Nowadays the Halloween celebrations are similar to the ones in the USA. Perhaps soul cakes are on their way back..

Unlike most nations of the world, Halloween is not celebrated by the French in order to honor the dead and departed ancestors. It is regarded as an “American” holiday in France and was virtually unknown in the country until around 1996. A combination of the French love of parties, fete’s and costume events, and some simple crass commercialism has led to the rapid rise of the holiday in France.

The Halloween celebration in Hong Kong is known as “Yue Lan” (Festival of the Hungry Ghosts) and is a time when it is believed that spirits roam the world for twenty-four hours. Some people burn pictures of fruit or money. This was believed to reach the spirit world and comfort the ghosts on this day.

Many Italian families make bean-shaped caked called Beans of the Dead. In southern Italy, families prepare a feast for the departed relatives, then go to church, leaving their homes open so spirits can feast.

The Japanese celebrate the “Obon Festival” (also known as “Bon” or “O-bon”) which is similar to Halloween festivities in that it is dedicated to the spirits of ancestors. On the first day of O-Bon, people decorate their loved ones’ graves with fruit, cakes, and lanterns. Special foods are prepared and bright red lanterns are hung everywhere to light the spirits’ path back to earth.

In Korea, the festival similar to Halloween is known as “Chusok.” It is at this time that families thank their ancestors for the fruits of their labor. The family pays respect to these ancestors by visiting their tombs and making offerings of rice and fruits. The “Chusok” festival takes place in the month of August.

In Mexico (and in other Latin American countries) they celebrate the lives of loved ones who have passed away in the “Dia De Los Muertos” (or Day of the Dead). The festival is celebrated on November 1st (All Saint’s day) and November 2nd (All Soul’s day).

In Nepal there is a festival to commemorate the death of people during the year; “Gai Jatra”, the festival of cows. According to the traditions, every family who has lost one relative during the past year must participate in a procession through the streets of Kathmandu leading a cow. If a cow is unavailable then a young boy dressed as a cow is considered a fair substitute.

In Sweden, Halloween (the American way) was introduced in the 1990’s and almost half the population now celebrate Halloween in some form. Traditionally in Sweden the closest thing has been “Allhelgonadagen”  (All saints’ day) which is on the first of November but this is not a day that is celebrated anymore. It is somewhat confusing since there’s also a “Alla Helgons Dag” (All Saint’s Day) which is celebrated on the Saturday that is between October 31 until November 6. The day is foremost about remembering and honoring your dead relatives. This is usually done by lighting candles on the graves of the dead. Halloween is usually not celebrated on the 31st of Oct but rather on the Friday before “Alla Helgons Dag”. In the capital Stockholm there is a festival called Shockholm during the whole week and culminating in a parade on the “Alla Helgons Dag”.

In Switzerland the town of Richterswil have the Räbechilbi Turnip Festival (2nd Saturday in November) that might not be the equivalent of Halloween, but they do have illuminated carved turnips so we thought it fitted in this list 🙂

Click here to learn how to carve a pumpkin!