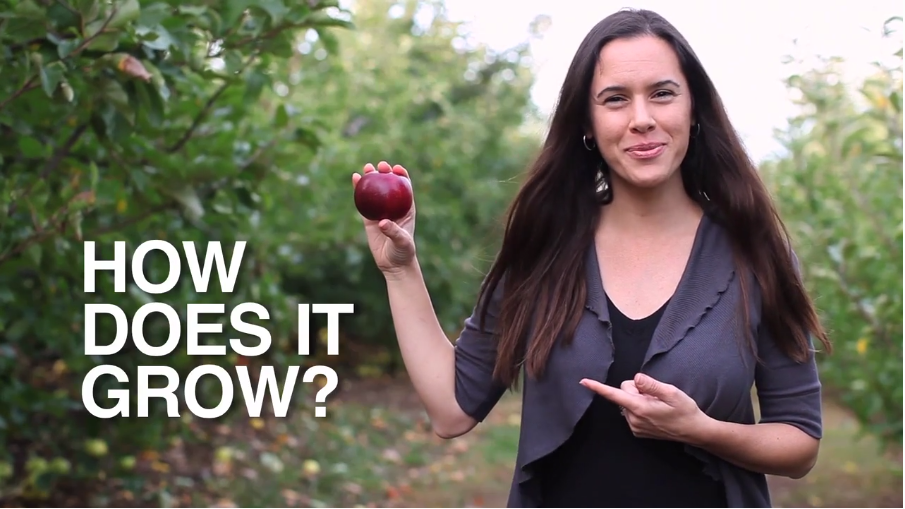 In december 2013 I backed an interesting project at Kickstarter: How does it grow? video series. The thing that appealed to me was to learn the story of different crops before they reach my shopping cart.

They just released their fifth video that tells the story of how apples grow. Here’s how How does it grow? describe it:

“One of the world’s most common fruits might seem like a simple thing to grow. But in the first 20 seconds, this video will blow your mind.
Filmed at one of the oldest orchards in the US, our new episode reveals how your favorite apples grow using a trick that dates back centuries. Then there’s the harvest: in our highly mechanized world, apple-picking still remains a labor-intensive affair. Video host, Nicole Jolly, joined a seasoned crew (who migrate every year from Jamaica to New England) to see just how physical the apple harvest can be.”
https://www.youtube.com/watch?v=UWLmEh1HIBw
You can also check out the other crops in their video series:

Check out our other posts in the “We like” category

Previous Post: « How to cut orange into segments without membrane (suprèmes)
Next Post: Recipe: The national dish of Israel – Falafel »