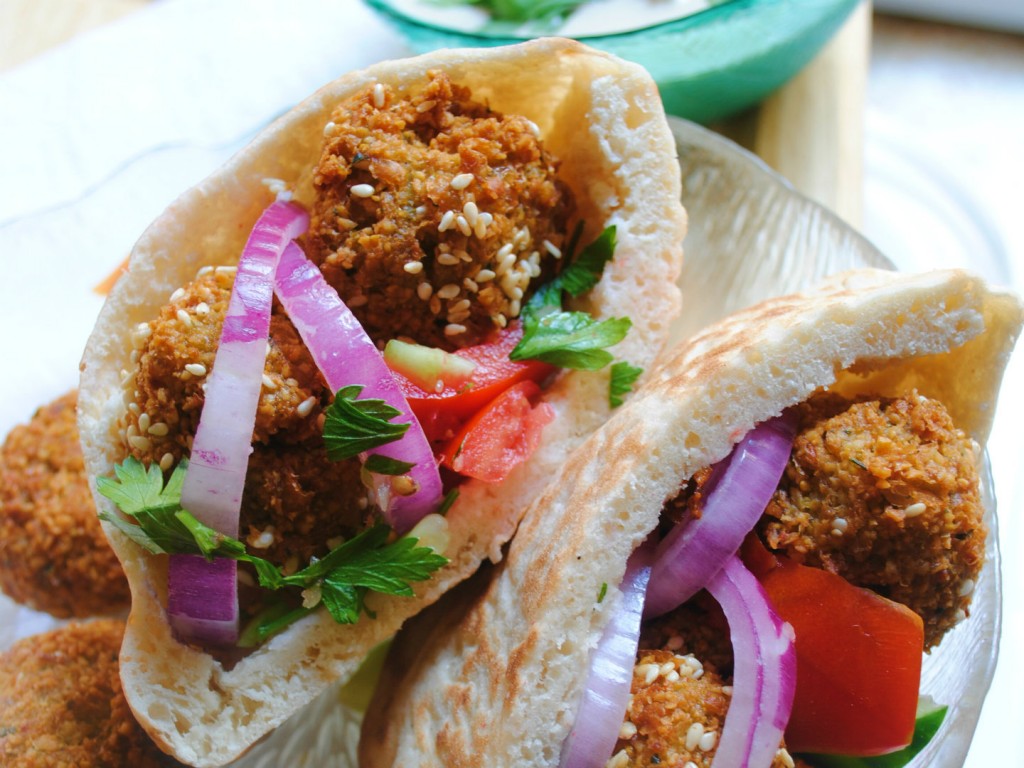 In Israel, every neighbourhood has its falafel stand. You might see several on the same block, especially in downtown streets. Every vendor has his own, jealously guarded recipe, and everyone knows who sells the best falafel in town. It’s a food that never goes out of style. Is it the national dish of Israel? Israeli cuisine is still evolving, still absorbing influences from the kitchens of myriad ethnic streams that compose the country’s population. But somehow, when you picture Israeli street food, it is falafel. You can also make excellent falafel at home. With a food processor, it’s easy.

Here’s the recipe for the national dish of Israel – Falafel, created by our country chef Miriam who runs the food blog Israeli Kitchen.

Originally American, Miriam have lived in Israel for close to 40 years. In her blog, www.israelikitchen.com, She write about the food and the people of Israel, with a specially loving eye towards our colorful open-air markets. She lives in a small apartment in central Israel with her husband, two children, and an enormous grey and white cat.