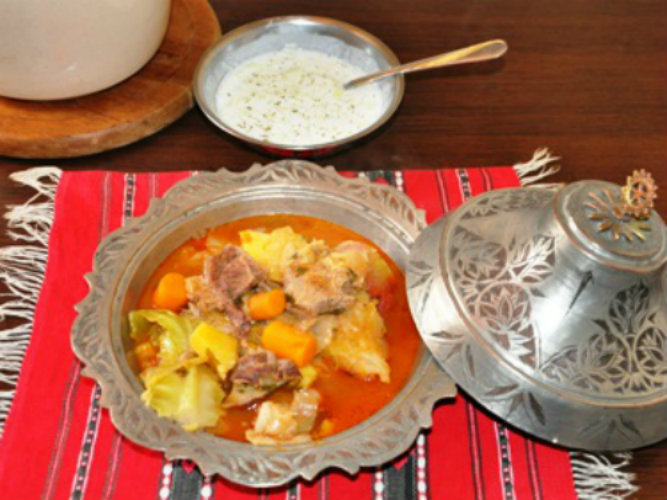 The Bosnian stew is an authentic Bosnian culinary speciality, appreciated for its rich taste and flexibility. It is impossible to define the recipe for Bosanski lonac, as there are many variations, but the main ingredients are mostly the same: meat and various vegetables.

Jasna Erlenmaier is from Sarajevo, Bosnia and Herzegovina. She likes the traditional and healthy way of cooking, using organic fruits and vegetables from local Bosnian markets. Jasna inherited her passion and love for cooking from both her grandmother and mother. She says that the cuisine of Bosnia and Herzegovina is quite a demanding task, because a lot of different cultures have left their marks on the country over a long period of time. The cuisine has also been strongly influenced by Oriental tastes and traditions. Even though some of the old traditions are changing, she thinks all Bosnians still have one thing in common and that is the love for homemade dishes with an authentic taste – like your grandmother has cooked it.