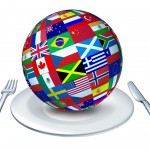 We, at IngredientMatcher, have done some research to find out what the national dish is in every country in the world (and also quite a few islands and independent territories that aren’t defined as a country).

Here’s our take on the criteria for what should be a national dish (not all need to be fulfilled, but the more the better):

Then, if it’s hard to choose between two equal options, we consider the following:

Based on these criteria, IngredientMatcher managed to allocate a national dish for every country in the world! And with the help of foodies and food bloggers from all around the world we now also have the recipes of those national dishes.

Soon, we will gather all the recipes of national dishes we collected in an e-cookbook, so watch this space!

Previous Post: « How to cut cherry tomatoes faster in half
Next Post: The national dish of Sweden – meatballs »