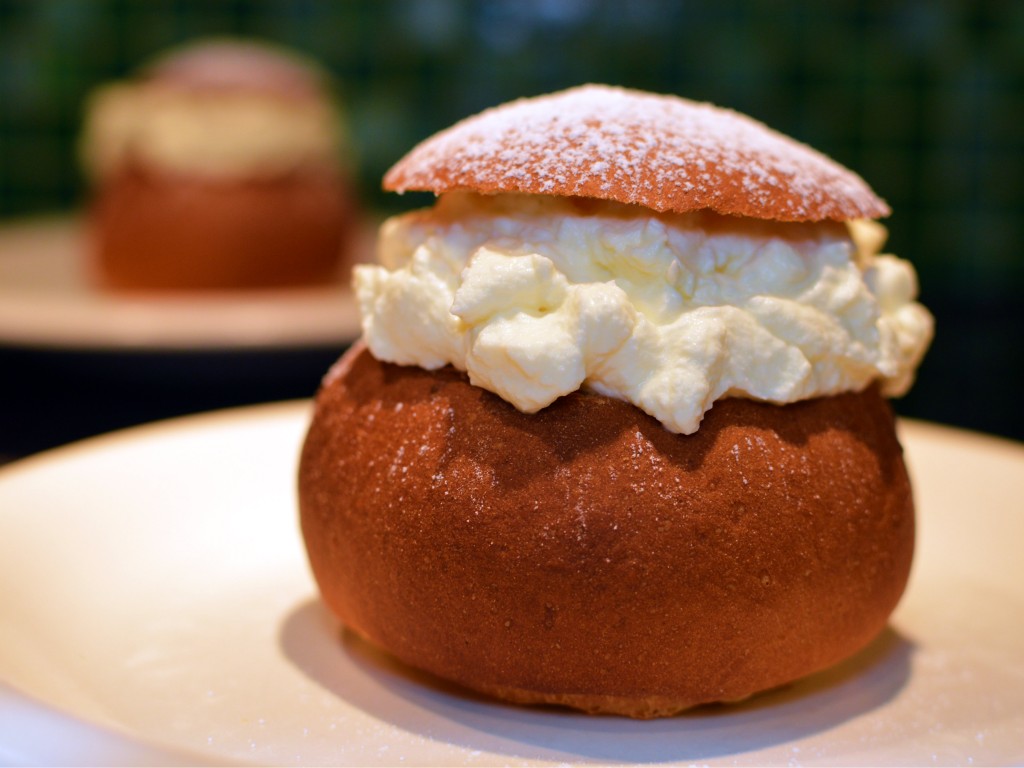 In Sweden the Swedish semlor it is most commonly known as just “Semlor” (plural of “Semla”). In the southern parts of Sweden it is also called “Fastlagsbullar” (plural of “Fastlagsbulle”). And to confuse our international readers even more there’s another name for a semla served in a bowl of hot milk: “Hetvägg”.

In English a Semla can be described as Sweet wheat bun, Lent bun, Sweet cream bun or Swedish cream bun. The tradition is to eat Semlor at “Fettisdagen” – in other countries the equivalent of Mardi Gras, Fat Tuesday, Shrove Tuesday, Pancake day or Lent. However, semlor is now eaten from January to March in Sweden.

The recipe in this post is the traditional regular semla, in last couple of years there has been a number of variations of the recipe. Mostly experimenting with the filling and the cream, but also in the shapes; Semmelwrap, Semmelkorv (hot dog semla), Bagel-Semla, Semle-tortilla, Semle cupcakes, and Semmeltårta are the latest additions. 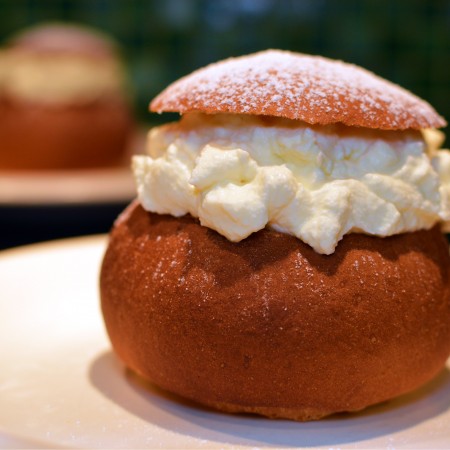 Check out some of our other sweet recipes

Previous Post: « How to peel a kiwi quickly
Next Post: Recipe: The national dish of Brunei – Ambuyat Tempoyak »