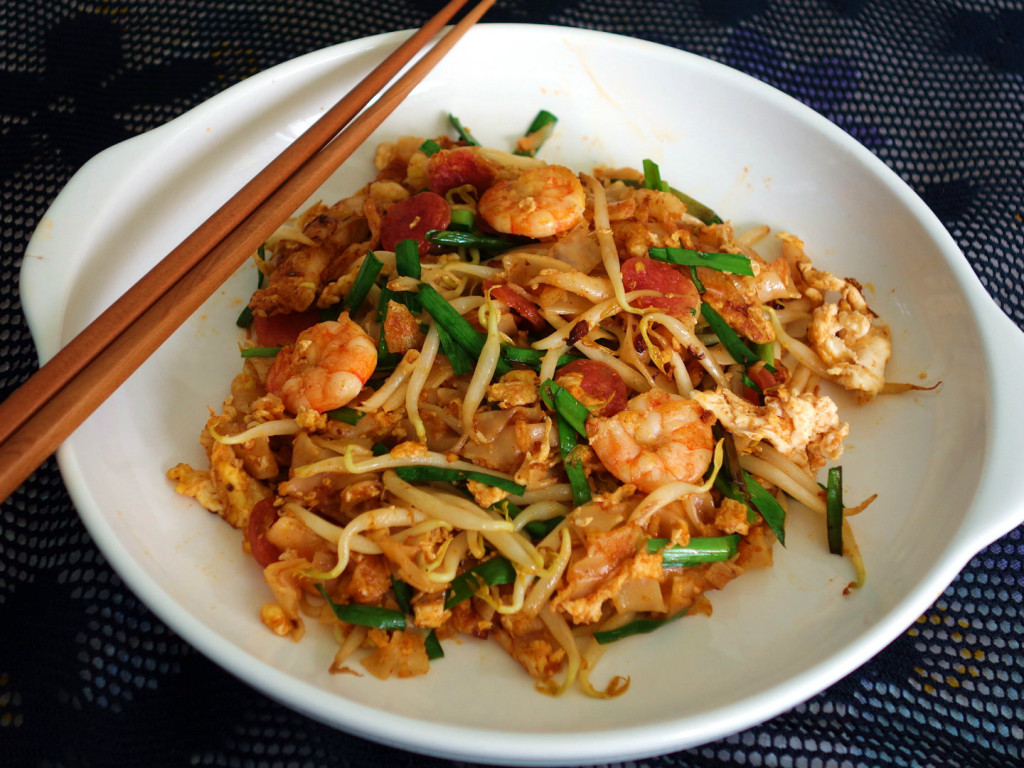 This is a Penang version of Char Koay Teow which should definitely be enjoyed when in Malaysia. The thin flat rice noodles are stir-fried in individual portions in a very hot pan or wok to get an optimised flavour – what the Cantonese call ”wok-hei” (the breath of the wok). The Penang Char Koay Teow is different from that of the rest of Malaysia or Singapore in that it doesn’t use sweet sauce, each portion is fried separately and the noodles are thinner. Traditionally duck eggs are used.

Dr Jin Teong Ong worked as a professor at the Nanyang Technological University’s College of Engineering. Since he retired he wrote Penang Heritage Food, which gives a Nonya perspective of traditional Penang dishes. The Nonyas combined the Malay and Fujian cultures, especially in their food. He has given lectures on Penang cooking heritage and has conducted cooking demonstrations and hands-on cooking classes in Malaysia, Singapore, Australia and the UK. To find out more on Penang cooking visit http://www.facebook.com/groups/PenangHeritageFood/