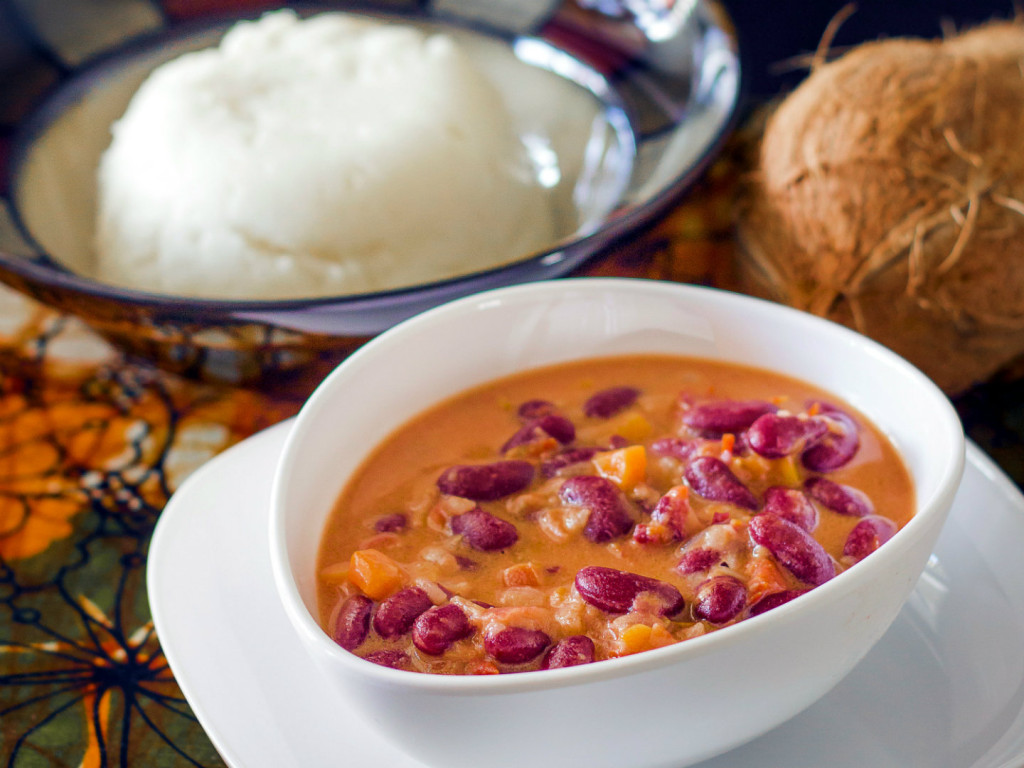 Ugali is a basic staple eaten across several African countries. It only differs in name and consistency (hard or soft). It is very simple to make, you will need a pot and flat wooden spoon. Cooking kidney beans in coconut is one of the tastiest ways to enjoy them. It is a very simple recipe that does not require anything special.

Ugali (make in parallel to Maharage)

Maharage (make in parallel to Ugali)

Aika-Grace Wangwe is not a trained chef, but at home, she is THE chef! Her love for food started at a very young age. Her biggest influence is her mother, and though she would not call herself a chef, to date, Aika-Grace has not eaten anything as good as her mother’s cooking. Aika-Grace runs a food blog called Pendo La Mama — which can translate as either “the love of a mother” or “what mama loves” — where she shares recipes of the dishes she cooks for her family.