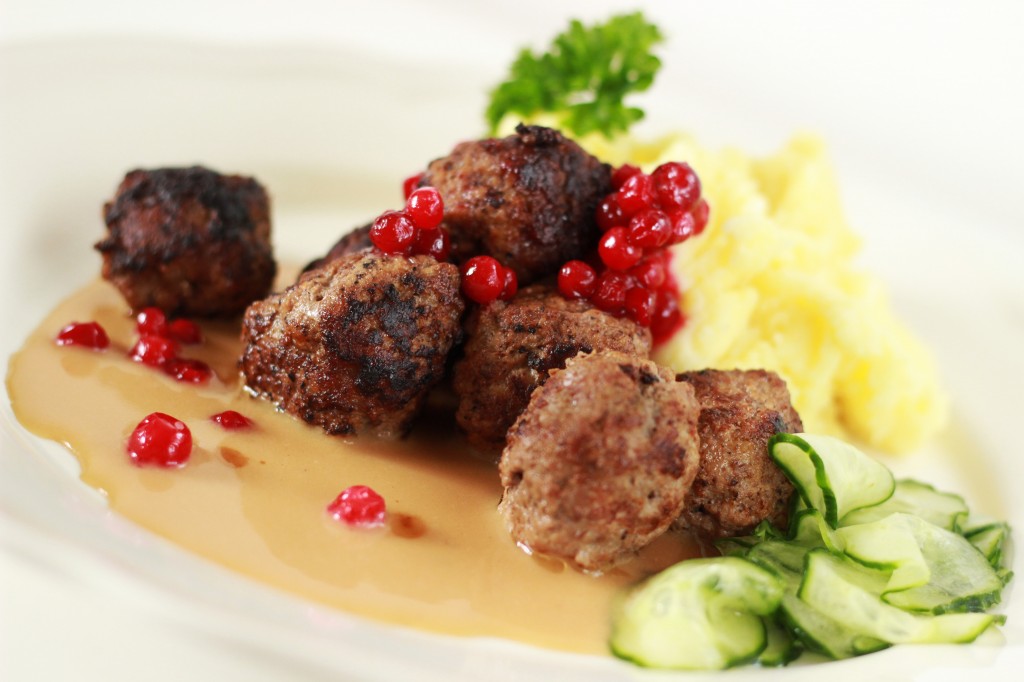 The 6th of June is the national day of Sweden and to celebrate it we would like to share with you the recipe of the national dish of Sweden… the famous Swedish meatballs! Meatballs truly are a classic Swedish dish to serve either as an everyday meal or as a more fancy dinner option. Meatballs are served with different side dishes but the best way (according to Swedes!) is to serve them with mashed potatoes, lingonberry jam, gravy and pickled cucumbers. Meatballs were introduced in Sweden in the 1700s but became worldwide famous as a Swedish favorite through the Swedish furniture company IKEA. This recipe was created by the newly appointed IngredientMatcher’s Country Chef for Sweden: ReceptSkaparna.

Skriv ut
The national dish of Sweden - meatballs
The Swedish national dish consists of mashed potatoes, spicy meatballs, a creamy gravy and sourly taste from the cucumber and lingonberries. A perfect combination of flavors which is hard to resist to!

About the country chef: Frida Olsson and Lina Sandén run ReceptSkaparna. They create recipes for companies in the food industry in Sweden. They also work as consultants and manage all parts from preparation of recipes, testing (and tasting), styling, photographing and editing. Together, they possess a broad knowledge of meal structure, food culture and culinary recipes.