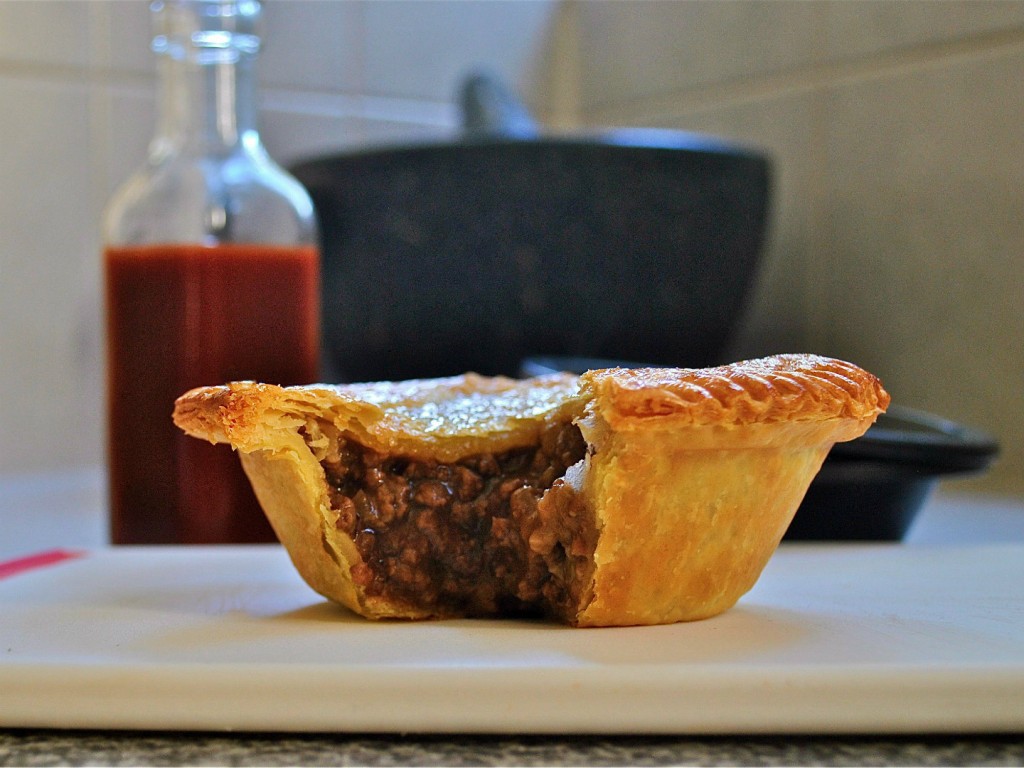 Meat Pies are a classic favourite in Australia, even called the national dish of Australia. A single serve pie filled with minced beef and gravy in a shortcrust pastry base with a puff pastry pie top.

Everyone has their own recipe so feel free to add other ingredients like bacon, mushrooms, cheese, herbs, chilli or whatever takes your fancy. Any filling you have left over is great reheated and eaten on toast. Not only do pie fillings change to pretty much everything imaginable, but the way we like to eat them differs too. Plain, with tomato sauce, covered in mashed potato and gravy, the list goes on. The pie fillings are inspired by all the different nationalities that came to settle in Australia. They have been tweaked and adapted to local tastes.

Here’s the recipe for the national dish of Australia – Meat pie, created by our country chef Harley Slatter. Why not make one on Australia day the 26th of January!

Harley Slatter has been working with the food industry for more than a decade and a half. Born and raised in Australia, meat pies have been part of his diet from a young age.