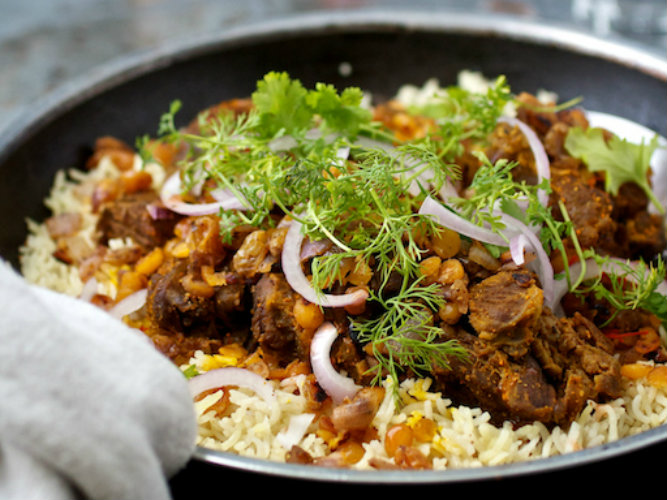 Machboos consists of three parts; the meat (traditionally made with either lamb or chicken) well cooked and tender, the rice which is cooked with the meat’s stock, and stuffing which is ironically not stuffed into anything and consists of split beans, raisins and onion.

This recipe is made by our country chef from Kuwait: Fatemah who runs her own foodblog; Saffron pudding. Read more about her below the recipe. 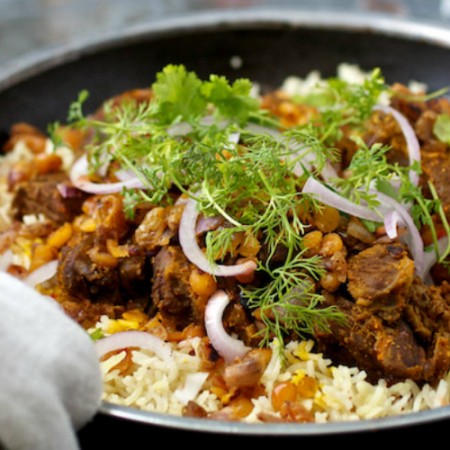 Fatemah is a mom and housewife. She grew up in Kuwait. Fatemah is a foodie: she loves delicious and high quality food, and enjoys cooking, baking, trying new recipes from different countries and cuisines. She also loves food photography and aspires to be a food photographer one day. As part of that ambition she took an online photography course and then found herself taking pictures of the food that she makes and sharing those pictures with friends on Facebook along with the recipes. She reckoned she would start a food blog and that’s how her blog Saffron Pudding came to be.