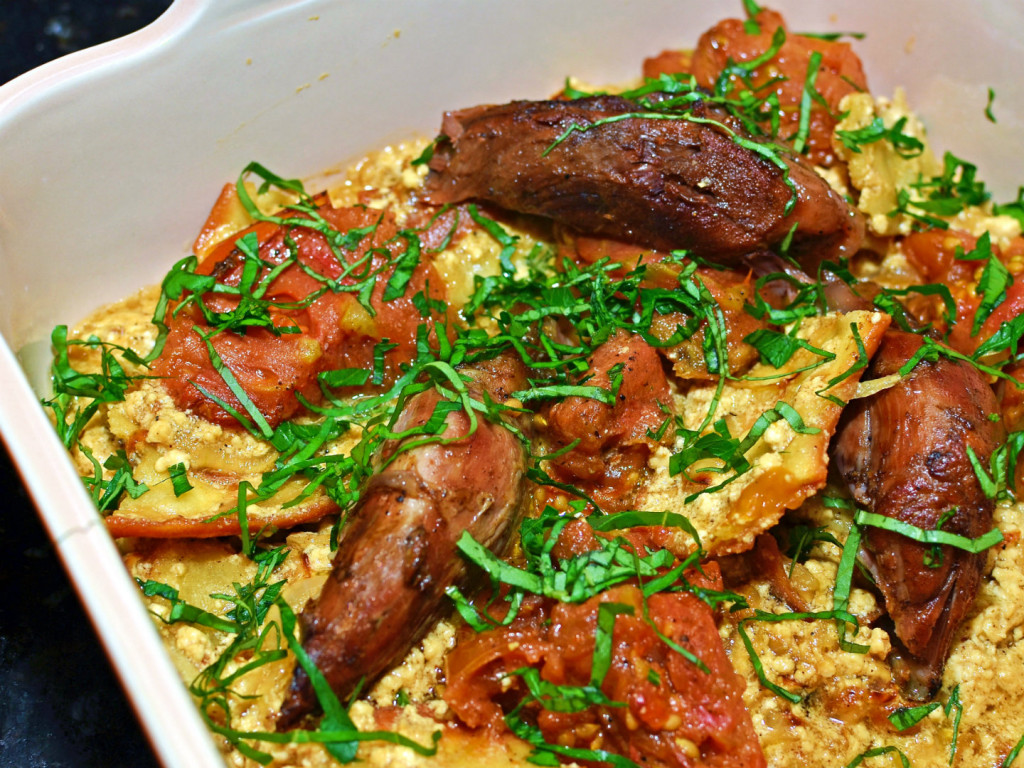 Tajikistan claims mainly two national dishes: plov (aka osh), and qurutob. While plov is more famous and is also the national dish of neighboring Uzbekistan, qurutob is specifically Tajik. Qurutob is served with Fatir which is a flatbread made of a very rustic puff-pastry-like dough. Don’t be surprised if it turns out stodgy and a bit dry: that’s what it’s supposed to be like! It will taste much better when it soaks up the yogurt sauce. The latter is prepared with the qurut. Accept no substitute; these are small balls of dried salted yogurt. By baking yogurt in the oven, you can make a quick version that’s pretty close to the real deal. Finally, the roasted lamb is optional: I’ve seen restaurants serving both vegetarian and meat versions. 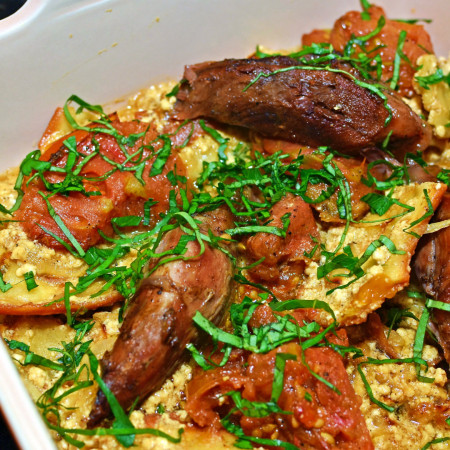 Florian Pinel was born in France and now lives in New York. He works as a computer science researcher during the week (IBM Chef Watson), and cooks in his spare time. He’s been traveling to Eastern Europe and the former Soviet Union regularly since his early teens. His blog, foodperestroika.com, gathers recipes, travel stories, and other food writings about the Eastern Bloc.   Read more about IngredientMatcher’s Country Chefs in the Foodie section Read more about national dishes and the ebook “National Dishes From Around The World” Read more about other national dish recipes published on this blog

Previous Post: « Recipe: The national dish of Brazil – Feijoada
Next Post: Now you can find IngredientMatcher recipes also on Yummly! »